To work with AR in the production uses a smartphone, tablet or smart glasses with a video camera and appropriate software. If the camcorder lens is aimed at an object (unit of equipment), the software recognizes it either by a pre-set marker or after analyzing the shape of the object.

After recognizing the object, the software connects to a three-dimensional digital duplicate of the object, which is located on the server of the enterprise or in the cloud.

The AR device then downloads the required information and overlays it on the object image. As a result, the employee of the enterprise sees on the screen (or through glasses) partly physical reality, partly digital. Thus the operator, the head of this unit of the equipment, and the technician-repairman, looking at one object, will see various augmented reality, according to the performed functions. The repairman can see the operating time or, say, the operating temperature of a node that serves. The AR device can help the operator to control the object – with a touch screen, voice or gestures. As the employee moves, the size and orientation of the AR display are automatically adjusted, unnecessary information disappears, and new ones appear. 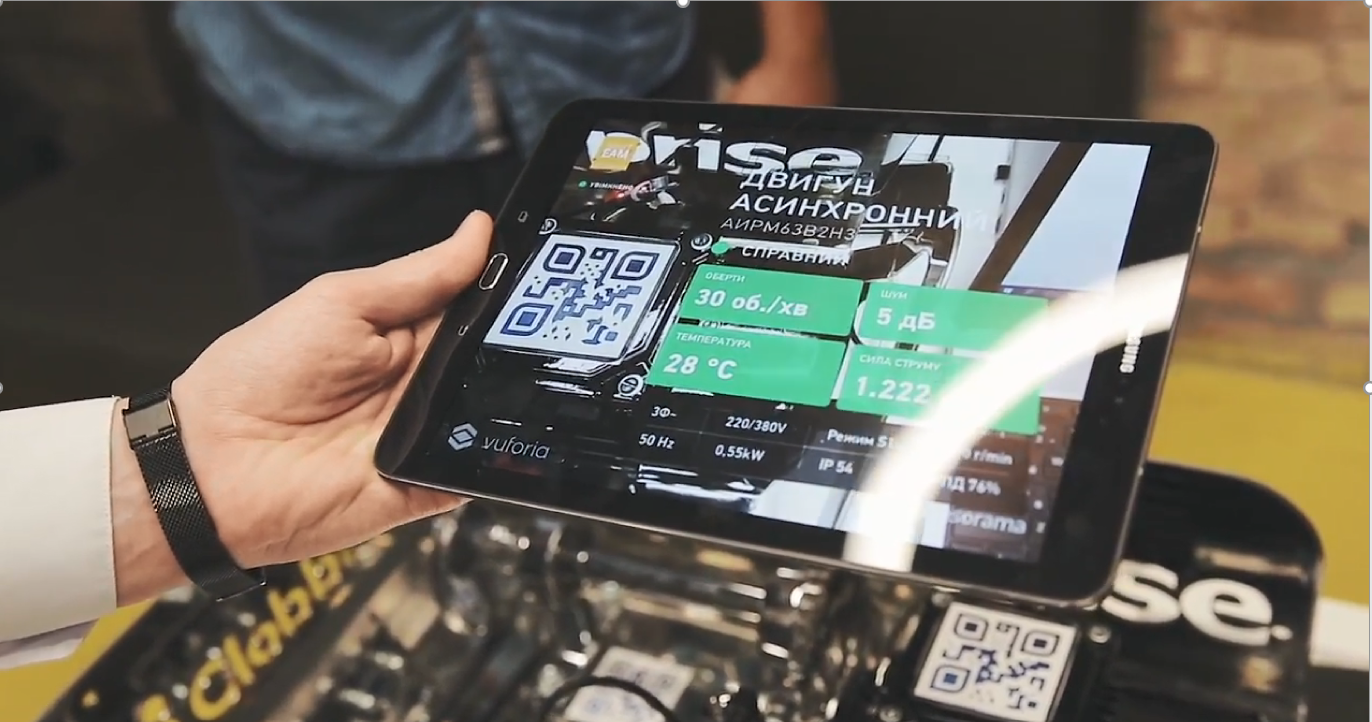