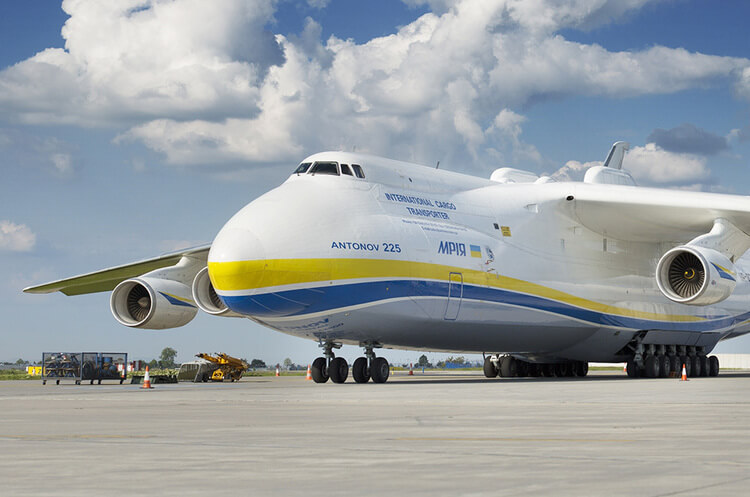 How do airlines improve the reliability of their aircraft

And why planes are called the safest mode of transport

Despite the fact that aerophobia – the fear of flying – is a fairly well-known and widespread phenomenon, the airplane is rightly considered the safest mode of transport. Back in 2013, Business Insider conducted a study in which it was proved that on average, a passenger can spend 123,000 years on board an aircraft without getting into a catastrophe. This is largely due to the fact that the technical condition of aircraft is paid close attention – before each flight, aircraft must undergo a thorough check, not to mention scheduled inspections. To understand exactly how the airline’s safety is ensured and what methods are considered to be the most effective to date, Mind was helped by the project manager, Smart-EAM, IT-Enterprise Kirill Kostanetsky.

How much does an aircraft service cost?

Of course, this is quite expensive. For example, the maintenance of a Boeing 767, flying 1000 hours, will cost the company $ 1.4 million. Nevertheless, no company in the world will dare to save on maintenance, because the consequences in the event of a breakdown of even the smallest detail can be tragic. Most companies today still use the planned maintenance strategy, believing that a planned replacement of key nodes will ensure the safety of the aircraft in the best possible way. However, in reality there is no direct dependence between the amount of invested money and the reliability of service. Moreover, excessively relying on the strategy of planned repairs, companies do not reduce, but only increase the likelihood of breakdown.

The Ukrainian airline Antonov has also recently tried to solve this issue in order to increase the reliability of its aircraft and, if possible, reduce the cost of their servicing. In addition, if in the case of commercial passenger airlines it is a question of servicing the widespread serial aircraft, then Antonov works with huge and unique cars, which complicates the process many times.

What are the features and disadvantages of preventive maintenance?

The PPR strategy is based on the life of individual components. For example, if the roller double-row 3680 on average fails after one year of service, then, according to the PPR strategy, a full replacement of such bearings is necessary once a year. But in fact, not always this approach can provide reliability and certainly not be able to rationalize the cost of maintenance.

In the case of the same bearing, there are situations in which it will become unusable later than in a year, and as a result of maintenance, the company will replace another working part, having spent a considerable amount – the cost of one such bearing is 350,000 UAH. The second variant of the development of events: the part will fail before that will lead to the stopping of the whole mechanism. When this happens with production equipment, the company spends huge sums for repairs and misses the profit from idle equipment. So, the idle time of the rolling machine is 280 000 UAH on average, the electric arc furnace is 475 000 UAH. One hour of idle time on an average damages $ 10,000, but in this case, besides money, human life can be at stake.

How is maintenance done based on reliability?

In the sixties of the last century, arose, which later became known as RCM. It took the form of a complete concept after in 1978 Tom Mattheson, Stanley Noulan, Howard Hip and other United Airlines employees created a textbook on an open approach to service.

The fact is that in the 1960s, jet aircraft had an extremely high rate of failures and breakdowns. Trying to improve the reliability of its aircraft, United Airlines, with the support of the Federal Aviation Administration, conducted a number of experiments with aircraft maintenance. As a result of these studies, do not provide the aircraft with the required reliability. And United Airlines employees have developed a fundamentally new strategy called Reliability-Centered Maintenance (RCM) – service based on reliability. The essence of this approach is to collect information about each individual node by constant diagnostics and checks, monitoring its current state. And based on these data, but only when it is really is necessary. 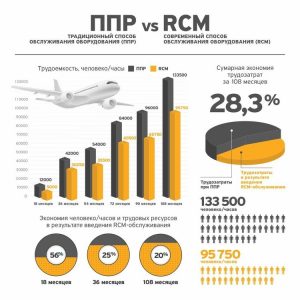 What are the advantages of RCM?

This approach to service, in fact, allows us to talk about a new philosophy – economical and effective. Modern technologies make it possible, by using various sensors and diagnostic systems, to detect flaws in the operation of individual units and even spare parts on-line and thus obtain information about the need to repair or replace individual components.

For the Ukrainian state-owned enterprise Antonov it is a huge saving of spare parts and working hours necessary for servicing both the production line and giant planes like the An-225 Mriya. Thanks to this service strategy, the enterprise has established the operation of the production complex. This allowed to minimize the risk of a sudden breakdown and shutdown of production, which ultimately increased the efficiency of using its aircraft for cargo transportation. Over the past two years, the company has increased its profit four times, launched a new multipurpose cargo plane An-132D and refused to use Russian components in production. This became possible largely due to the internal optimization of processes in the enterprise. And after implementing a new approach to servicing, the Ukrainian aircraft building company is fully capable of competing with the world’s leading aircraft manufacturers. 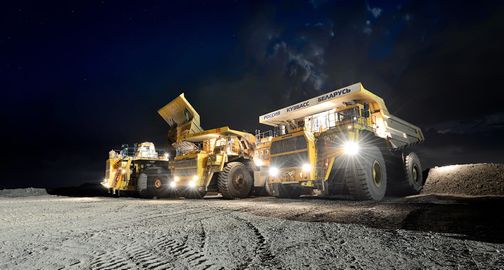 The coefficient of technical readiness (KTG) displays the availability of equipment in a given period of time. Low CTG may indicate an inefficient maintenance plan, incompetence of individual performers or services, errors in the organization of the workflow, or even… 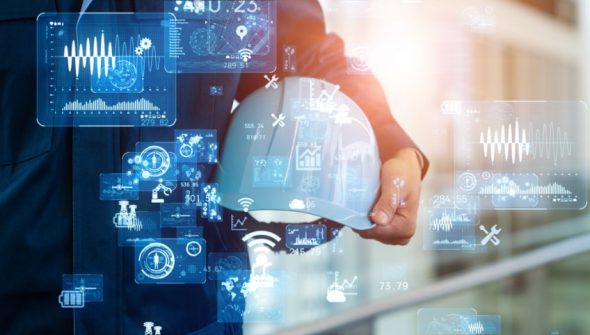