Why are planned repairs - ineffective?

Maintenance and repair of equipment are important for the operation of the company: firstly, it is these processes that determine the service life, reliability and efficiency of the equipment, and secondly, repair jobs that involve the replacement of individual parts or units require considerable resources. Many enterprises use the method of planned preventive repair - after a statistically determined period, are replaced parts, which tend to wear out. However, how much is such repair effective? 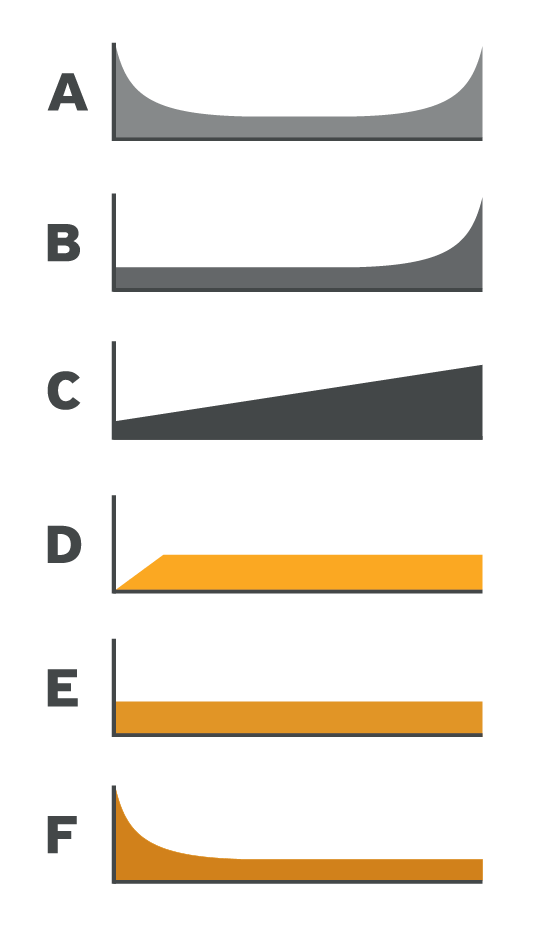 Studies have shown that on the use of any equipment in any enterprise, there are only 6 scenarios for the failure of this equipment. Graphically, all these scenarios can be depicting as follows: if we plot the probability of equipment failure on the vertical axis and the time (life cycle) of the equipment operation on the horizontal axis, we get the following picture, which displays 6 scenarios of equipment failure.

The above graphs allow us to draw several important conclusions. If the equipment will fail under scenario A, B or C, then planned preventive repair, which is carring out by most companies, can effectively prevent equipment breakdown. However, in the case of scenarios D, E or F, the method planned preventive repair is inappropriate, since it only leads to additional costs of resources, without affecting the reliability of the equipment and its durability. This is because not always the theoretical term of service of components corresponds to the actual one, and the details must be replacing not based on the anticipated planned wear, but based on their actual state. The British scientist Conrad Hal Waddington was first who came to this conclusion and applied a new maintenance concept to the B-24 bombers of the Royal Air Force of Great Britain during the Second World War. Thanks to the application of the new approach, it was possible not only to reduce the amount of time and means needed to repair and maintain aircraft, but also to increase their reliability.

The new approach to servicing was called RCM - Reliability-Centered Maintenance. It was gradually adopted by all leading industrial enterprises, because proving to be effective both in cost savings and in ensuring the reliability of the serviced mechanisms.

The argument for the adoption of RCM as a more effective approach to service was the analysis of statistics of failure of different nodes, assembles, which was conducted in their time by the companies Bromberg, United Airlines and even by the US Navy. Statistics showed that out of the existing 6 scenarios breakdowns of mechanisms, certain scenarios have a much higher frequency than others. 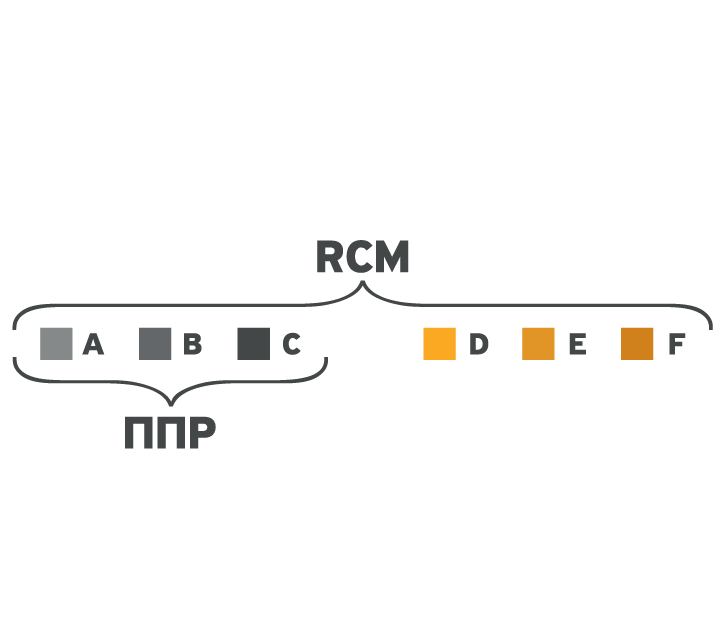 After receiving this information, it was suggested to compare the frequency of the scenarios with the possibility of their prevention with the help of the planned preventive repair. The data obtained were as follows.

Thus, the world's leading enterprises began to abandon the planned preventive repair in the 70's, and today RCM-maintenance is the most progressive and effective approach for any manufacturing enterprise. 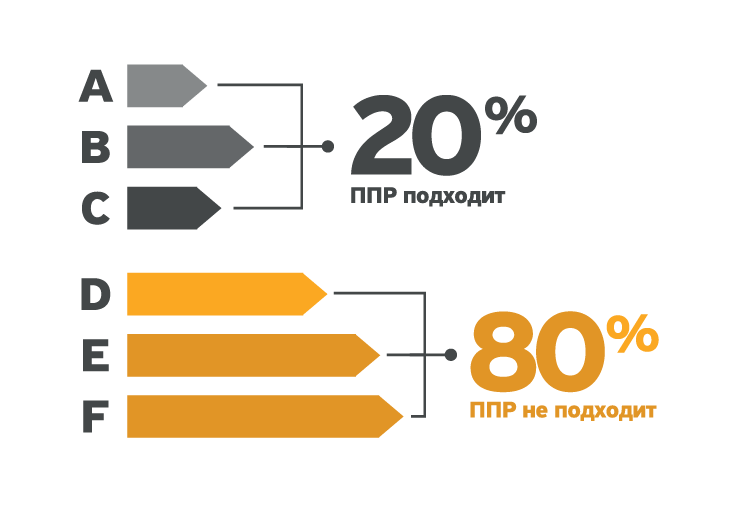