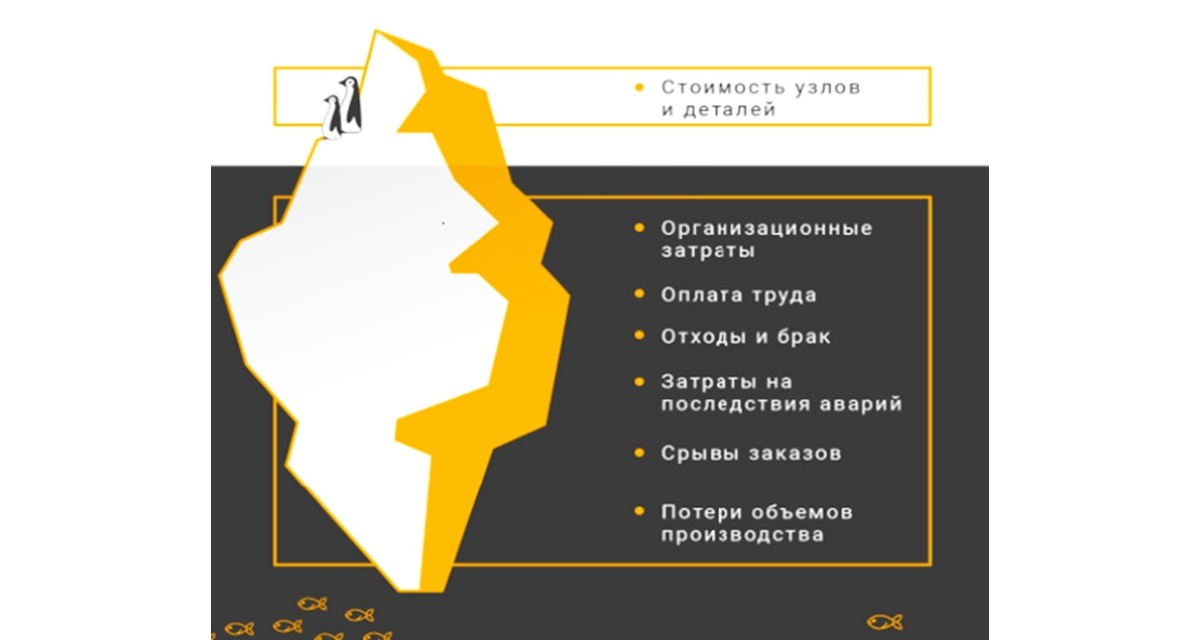 At the Ukrainian enterprises often there is still the Soviet equipment. The risk of its breakdown is increased, and scheduled repairs prevent breakage only for 20% of cases. The remaining 80% of cases of such prevention are extra expenses. A sudden failure of some detail can turn into a halt to the whole production.

As one half-joking philosophical theory says, “if there are two ways to do something and one of them leads to disaster, then someone will choose this method.” This legendary phrase was made by Major Edward Murphy (part-time jet engine test engineer), when during one of the tests the turbine was installed by the wrong side. This law Murphy (or meanness, as the people say) periodically brings us trouble. But it’s one thing when the door of the car in the subway closes in front of your nose, and it’s quite another – when the equipment suddenly went out of order.

The tip of the iceberg seems pretty harmless: it’s okay – you just need to replace the unusable node and continue working. However, its underwater part can cause significant damage to the enterprise. Not everyone imagines a hidden threat. Unintended failure entails a waste of time for repairs, delay in production plans, the risk of delay or disruption of supplies, loss of profits and reputation.

In our country, most enterprises are still limited to the planned repair strategy. Its essence consists in calculating the average life of each spare part and its replacement at the expiration of such a period. This is ineffective.

There are several scenarios for equipment failure. Planned repairs are really effective when the probability of breakdown increases with the time of operation. But if the probability of breakdowns is the same at any time interval, all that we get is extra time and money for repairs. And the second group of scenarios occurs in 80% of cases. This British scientists even during the Second World War identified

It’s time to change the approach!

As far back as the 1970s, progressive enterprises began to shift from scheduled repairs to the RCM (Reliability-Centered Maintenance) strategy – maintenance based on reliability.

The essence of the constant diagnosis of components and equipment to monitor their condition based on real indicators, not expected life. This allows you not to replace the nodes and parts that are still effectively coping with their work, even though their average life has already expired.

In addition, if the part has obvious tendencies to breakdown long before the end of life, thanks to regular diagnostics it is possible to detect this flaw and eliminate it.

Then, in the 70’s, it was difficult to carry out such diagnostics. But in our time, the development of technologies allows us to install a number of instruments and sensors that allow us to assess the state of equipment in real time. Domestic Interpipe, Ferrexpo, Zorya-Mashproekt have already joined the list of users.